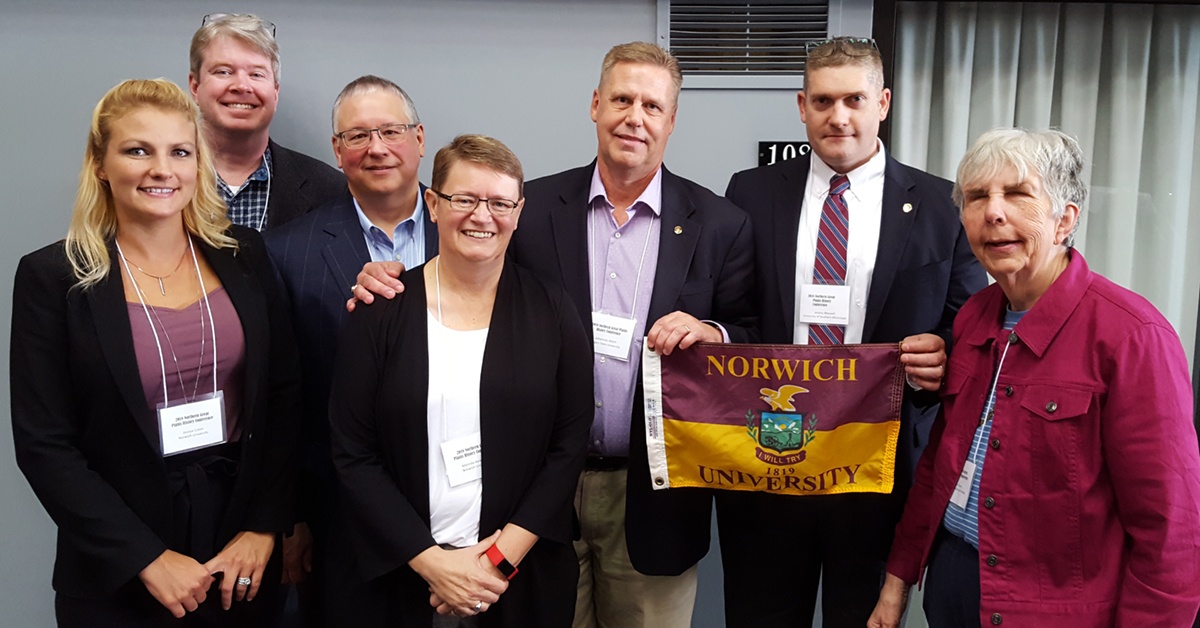 Our newest segment on NU Online Viewpoint will feature our alumni and the achievements they are reaching after completing an online degree. From publishing books to presenting at a conference to advancing in their career, our alumni are leaders in their communities and industries. Here are just a few recent accomplishments.

The conference was held in Mankato, Minnesota. Conferences like these are great opportunities to present research papers and connect with historians across casts interests. The 2019 conference will be held in Brandon, Manitoba, Canada in late September.

Jason Tommell, Master of Business Administration, Class of 2009
Tommell joined Chazen Companies as the Director of Land Surveying in August 2018. Located in the Poughkeepsie, N.Y. office, Tommell will bring his experience in account management, program management, and strategic marketing to the position.

Edison Aviles Deliz, Master of Arts in Diplomacy, Class of 2012
In August, along with two colleagues, Deliz was appointed a member of the newly created Public Service Regulatory Board as announced by the Governor of Puerto Rico, Ricardo Rosselló. He will preside over the board and remain chairman of the Puerto Rico Energy Commission, which becomes the Energy Bureau under the reorganization. As chairman of the Energy Bureau, his decisions will be reviewed before the Court of Appeals and not the Public Service Regulatory board.

Steven Gagner, Master of Business Administration, Class of 2017
Gagner recognized as The Rebootcamp Entrepreneur of the Year -- Military Times’ top pick across all branches of the U.S. military. 14th Star Brewing Company, Gagner is the co-founder and brewmaster, has partnered with Norwich University to craft each of the bicentennial brews over the past five years. This year’s IPA is named Distinction and will debut at homecoming.

Robert Ranstadler, Master of Arts in Military History, Class of 2017
Ranstadler, launched his new website RobRanWrites.com, is a retired U.S. Marine and independent military historian who became a freelance writer and editor upon leaving active duty in 2015. He also produces and edits commercial and academic content for clients including War History Online, G.I. Jobs, and Reliving History Magazine. Ranstadler’s historical period of focus is the American Revolutionary War, covering topics from political mores to colonial-era technology, and he is the author of the forthcoming Into the Hornet’s Nest: American Partisans and Irregular Warfare in the Southern Theater of the Revolutionary War, 1775-1781.

Would you like to share your accomplishments with us? From job promotions to publications to presentations, submit your story to us.

The History of Distance Learning and Norwich’s Online Programs