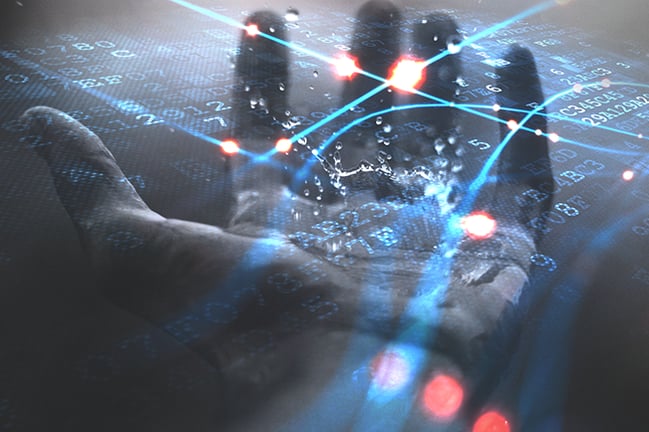 After the considerable success of last year’s inaugural outing, the Cyber Security Summit will take place on the Norwich University campus June 18-20, 2018. This event will bring together an international cadre of experts in the fields of information security and assurance, business, public administration and more to discuss the latest in federal cyber security policy, and the practical applications of cyber defense on state and local levels. Mid- and executive-level managers seeking to broaden their organizations’ approaches to prudent cyber security practices will gain insight from a series of workshops and discussions on relevant issues facing the industry. Topics will include critical infrastructure protection; cybercrime; the dynamism of the open Internet and communication technologies; and the management of cyber programs.

With the 2018 Cyber Security Summit fast approaching, the slate of keynote speakers has begun to take shape.

Dr. Thomas Hyslip currently serves as the Resident Agent in Charge of the Department of Defense, Defense Criminal Investigative Service (DCIS), Cyber Field Office, Eastern Resident Agency. Prior to joining the DCIS in 2007, he was a special agent with the U.S. Environmental Protection Agency, Criminal Investigation Division, and the U.S. Secret Service. Throughout his 17 years of federal law enforcement, he has specialized in cybercrime investigations and computer forensics. Dr. Hyslip is a Lieutenant Colonel in the U.S. Army Reserves and has a mix of active duty and reserve assignments spanning over 20 years, including assignments with the Office of Inspector General, the Department of Defense, and the U.S. Army Reserve Information Operations Command. In 2005, LTC Hyslip deployed to Iraq with the 306th Military Police Battalion and earned a Bronze Star, Purple Heart, and Combat Action Badge. Dr. Hyslip holds bachelor’s and Master’s degrees in science, and a doctorate degree in Information Assurance.

Cheri Caddy leads a private-public cybersecurity program at the National Security Agency that engages stakeholders to cooperatively address technical and operational cyber risks to the security of national security systems and critical infrastructure. Previously, Ms. Caddy served as Director for Cybersecurity Policy for the National Security Council, where she coordinated the cybersecurity efforts for members of the private sector, foreign partners, and federal and state governments. She has also held significant positions with the Office of the Director of National Intelligence and the White House. Ms. Caddy holds master’s degrees in Foreign Policy and Public Administration, and is a 1990 graduate of Norwich University, where she currently serves on the Alumni Association Board.

Working for the Department of Homeland Security, Dr. Billy Powers serves as a Senior Advisor for the National Protection & Programs Directorate (NPPD) Business Continuity & Emergency Preparedness (BCEP) division. In this role, he manages the implementation of individual and organizational preparedness policies within NPPD. Dr. Powers has served as a Professional Staff Member with the United States Senate Homeland Security and Government Affairs Committee (110th Congress) and was integral in crafting a comprehensive National Security Strategy to protect the United States in the event of natural disasters or acts of terrorism. He is a veteran of the United States Air Force, and holds numerous national certifications in areas related to emergency response.

Dr. Ruth Stilwell is the Executive Director of Aerospace Policy Solutions LLC, a core faculty member in Norwich University's Master of Public Administration program, and a leading authority on integrated space and aviation policy and governance. Her work was recently published in the Journal of Space Safety Engineering. Dr. Stilwell’s numerous publications cover a wide range of topics in space and aviation, public safety, and industry reform, and have influenced key U.S. legislation. From 2010-2015, Dr. Stilwell served as the industry expert representing air traffic controllers on the International Civil Aviation Organization (ICAO) Air Navigation Commission in Montreal; she currently serves on the Technical Committee on Human Spaceflight Safety of the International Association for the Advancement of Space Safety, which is working to develop safety guidelines for human commercial spaceflight. Dr. Stilwell holds a bachelor’s degree in Labor Studies, as well as Master’s and doctorate degrees in Public Administration.

Stephen Creamer is the Director of the Air Navigation Bureau at the International Civil Aviation Organization, having taken responsibility for the role in April 2015. Mr. Creamer has held a number of executive and managerial positions at the U.S. Federal Aviation Administration with over 33 years' experience in the Air Traffic and International Aviation organizations. Such roles include serving as FAA Regional Office Director for Europe, Africa and the Middle East; and serving as a member of the ICAO Air Navigation Commission. More recently, his work has focused on the international implementation of procedures and technology systems that improve aviation safety, with special attention paid to maintaining capacity and efficiency.

The 2018 Cyber Security Summit promises to be one of the highlights of another rigorous and enriching Residency Week.