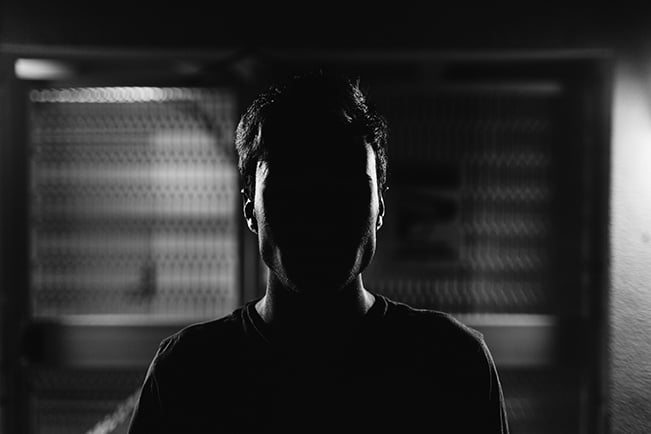 In 2004, as I was reading the daily news over my morning coffee, I was shocked to see the initial images of naked prisoners at Abu Ghraib and learn of their mistreatment and cruel abuse as they awaited interrogation. I could not help but wonder why such violations were taking place. How was such mistreatment even permitted? And yet, I justified the initial images as an aberration—certainly not a systemic or widespread problem—and dismissed them.

Flash forward to 2005, when a glitch in an inoperative secure fax transmission between the Central Intelligence Agency (CIA) and the Department of Justice exposed our nation’s Enhanced Interrogation Program and its use in covert “black sites” around the world. By this time, I was serving as both a senior intelligence officer within the Department of Justice, and a member of a Joint Terrorism Task Force. As is often the case with online news, everyone had opinions, and everyone was eager to share them on social media; there were pundits everywhere. Yet, few (if any) of these critics offered any meaningful suggestions for a path forward for the interrogation profession and its practitioners.

A partial solution came in 2009 when President Obama declared the 2006 Department of Army Field Manual (AFM) 2-22.3, Human Intelligence Collector Operations the “bible” for the entire Armed Services and the intelligence community, excluding federal law enforcement and homeland security activities. Since 2009, however, two independent reviews of the Army Field Manual by two groups of respected behavioral scientists determined that little empirical evidence existed to support the interrogation and interview techniques listed in the field manual.

By 2013, I gave serious thought to putting together a primer that could serve interrogation practitioners. However, I soon discovered that my initial efforts to move the project forward would face several challenges that encompassed a number of ethical questions. Are the standards of interrogation the same for the U.S. military as they are for law enforcement? Do intelligence agencies adhere to the same standards as the military and law enforcement? What lessons learned from the War on Terror could we pass on to future generations? Perhaps most importantly, how can one manage an interrogation team or perform an interrogation in a joint environment—or with international coalition members—if no common definition for the term ‘interrogation’ exists and is shared among them?

Such realities called for a sea-change in the interrogation profession and in the way our nation’s interrogation programs are run, taught, and managed. I submitted my research and findings to Taylor and Francis Group—an international academic publisher—who agreed to sponsor and publish my efforts to produce the text Tradecraft Primer: A Framework for Aspiring Interrogators in March 2016. Importantly, too, my primer was submitted for review and authorized for release to the public by the CIA’s Publications Review Board.

My efforts picked up further steam when a chance meeting between myself and Norwich University President, Richard Schneider at an alumni event in Norfolk, Virginia led to my introduction to Bill Clements, Dean of the College of Graduate and Continuing Studies. I flew to Norwich in February 2017 to pitch the possibility of an interrogation course based largely on my research and the primer. Both President Schneider and Dean Clements saw merit in such a course as part of the school’s mission to educate our nation’s future leaders. While the genesis for the course is my book, the 8-week course would not exist without the additional support and tutelage of Professors Allison Crowson and Frank Colaprete. As a result, Norwich has gained a unique foundational course that provides an excellent supplement to one’s bachelor’s degree. Relevant and timely, it offers participants an overall framework for interrogation tradecraft that is in keeping with our nation’s Constitutional values, our laws, and relevant international treaties. In fact, many of the core values discussed in the course align with longstanding Norwich values, including the commitment to honor and integrity; respect for the rule of law, human dignity and human rights; and maintaining self-discipline and self-control—traits that are especially necessary inside the interrogation room.

Why do I believe in the value of this eight-week course? Because the past two decades have taught our nation that yesterday’s interrogation practices may no longer offer the solutions we require to meet many of our current security challenges, whether in foreign conflict zones or at home in our cities and towns. Techniques that were once thought valid are giving way to new methods that are more effective and reliable.  “Introduction to Interrogations” offers participants techniques based largely on rapport and promotes an ethics-based standard for interrogation tradecraft framed around two underlying principles: do no harm, and respect human rights. By taking this course, students can gain an integrated view of the operational, legal, cultural, and ethical considerations that influence every interrogation, investigative interview, and intelligence debriefing—a valuable framework.

Paul Charles Topalian is a 1971 graduate of Norwich University. He possesses 30 years’ worth of experience as an intelligence professional and has considerable firsthand multi-agency expertise, having served as an analyst and collector with the intelligence community, the military and with the U.S. Department of Justice. A retired U.S. Army lieutenant colonel and graduate of the U.S. Naval War College, Topalian’s overseas assignments included stints in Germany, Italy, Korea, Japan, Taiwan, Indonesia and Hong Kong. He earned his MA in International Security Studies and National Policy Making from the Naval War College, and an MS in Management and Ethics from Salve Regina University. Topalian’s book, Tradecraft Primer: A Framework for Aspiring Interrogators, provides the basis for an all-new course on ethical interrogation as part of Norwich University Online’s Bachelor of Science in Criminal Justice degree program.

Considering a Career in Criminal Justice?

How to Build Your Police Career with Tech Acumen