Although it has only been one year since he earned his Bachelor of Science of Cybersecurity with a concentration in Information Warfare and Security Management from Norwich University in 2020, Kelso Horne has achieved great success. Starting fall 2021, Horne will be attending the University of Minnesota Law School. Currently working as a freelance writer, Horne has had a unique educational and professional experience that led him to attend law school and gain a passion for cybersecurity. 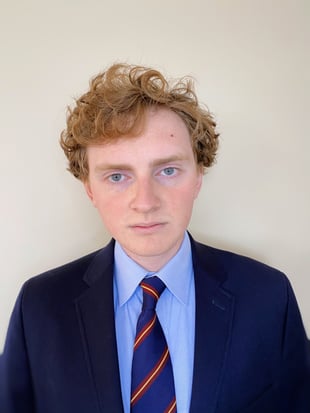 Horne enrolled in Norwich’s online Bachelor of Science in Cybersecurity program after earning his Bachelor of Science in Economics with a Minor in Law from West Texas A&M University. While studying as a junior at West Texas A&M University, Horne discovered his passion for cybersecurity. As a non-resident research intern writing policy and participating in political research at the Hudson Institute in Washington, D.C., Horne attended a local cybersecurity conference, which at the time, he did not realize the impact the event would have on his future.

“While searching for an event to attend, the number one [local] event was the professional cybersecurity conference. I got there, sat through presentations, had some free pastries, and was fascinated. I realized it was out of my depth [of knowledge] because I was studying economics with a focus on law. I decided, after I graduated, I did not want to go [directly] into law school. I wanted to get a cybersecurity degree first to get credentialed, then attend law school,” said Horne in a recent interview. “I think that that was the right choice. I learned a lot.”

Benefitting from Norwich’s Military Legacy as a Civilian Student

As the son of a Retired U.S. Army Colonel, the rich, over 200-year history of educating military students was a significant driving factor for Horne’s decision to attend Norwich. Horne’s most considerable area of interest in cybersecurity is in government foreign policy. Norwich’s built-in military-focused cybersecurity information warfare and security management concentration perfectly fit all his academic wants into one program.

“I think the main thing [about Norwich] that caught my attention was that it is a military academy. Most of the important threats [to the U.S.] right now are coming from foreign countries. The government, foreign policy, and military side of Norwich made it seem like that would be a great institution to learn from. It turned out it was,” Horne remarked. 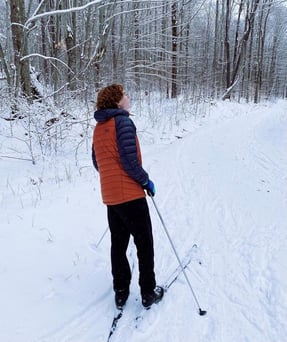 Having earned a bachelor’s degree before his studies at Norwich, Horne found that Norwich’s online tight-knit community provided him with a chance to grow his cybersecurity understandings by connecting him with both cybersecurity professional students and faculty inside and outside the classroom.

“The first thing I would say that stood out to me [about Norwich’s education] was the level of discussion that took place. I was impressed. The discussions were high caliber. People in the program who were already professionals would have their own opinions on different topics, and they did a good job defending them. I found that it challenged my viewpoints on different cyber issues and helped me figure out what my opinions are,” Horne reflected. “I also got to speak directly to the Chief Information Security Officer George Silowash. [Although] I did not take a class with him, he spoke with me during office hours, allowing me to ask questions about cybersecurity. He was very accommodating. I appreciate that.”

Following his grandparent’s career path, Horne is not the first in his family to attend law school. Horne intends to work within the growing cyberlaw field for the foreseeable future upon graduation from the University of Minnesota Law School. 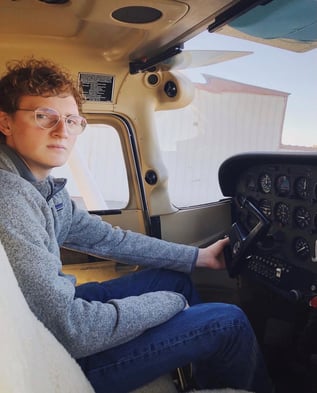 “Both of my grandparents were lawyers, so being around them made me always have an interest in law. Although, it was never my primary career interest or goal until I had the option to take that as a minor. Then, it turned out I loved it,” Horne noted. “My hope is that I will be able to use the skillset that I have developed at Norwich and the additional professional skillset I am going to develop during my time at law school to move into the cyberlaw field. Hopefully, in 5 to 10 years, I would still be doing that work.”

Currently residing in Maryland, when Horne is not expanding his vast academic and professional knowledge, he spends his time sailing on the Chesapeake Bay and working towards earning his pilot’s license. Horne remains a master of all trades in all areas of his life.