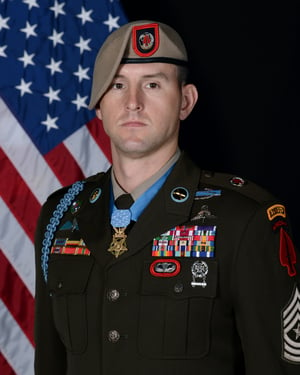 Since enlisting in the U.S. Army, Sergeant Major Thomas P. Payne has achieved success in challenging Army units and missions. Notably, Payne was awarded the Medal of Honor for his service as an assistant team leader deployed in Iraq in support of the October 22, 2015, Operation Inherent Resolve mission to rescue over 70 Iraqi hostages. Earning a Bachelor of Science in Strategic Studies and Defense Analysis from Norwich University in 2017, Payne sought a rigorous online program that was relevant, flexible, and rewarding to his profession in the U.S. Army Special Operations Command.

With a strong sense of duty to serve, Payne enlisted in the U.S. Army as an Infantryman 11B after high school graduation in 2002. He completed the Basic Airborne Course at Fort Benning, Georgia, in 2002, and the Ranger Indoctrination Program in early 2003. He was then assigned as a rifleman to A Co., 1st Battalion, 75th Ranger Regiment. In November 2007, he was selected for an assignment to the U.S. Army Special Operations Command at Fort Bragg, North Carolina. Payne was deployed 17 times throughout his career, even while he was earning his degree. Payne had the unique experience to complete online coursework while on active duty in a combat environment.

“There were times when [my team] would go on combat missions and return to find me working on a paper for Norwich University. It was a unique college experience,” Payne reflected. “I am glad that I had the opportunity to pursue a college degree while in a combat environment.” 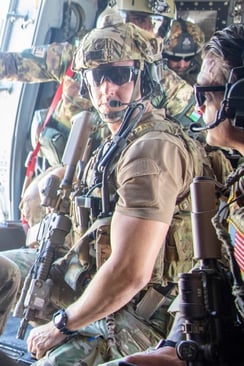 “The degree program helped me to understand the joint interagency/inter-governmental multinational environment and navigate that more in my career. I chose a degree that could make a positive impact on my military career,” Payne remarked in a recent interview.

Gaining the Skills to Expand His Military Career

“In high school, the JROTC instructor drove home the importance of education. Norwich gave me the opportunity to pursue a degree while balancing my work life and schoolwork. Completing courses often came down to time management,” Payne noted. “Norwich allowed me to travel the world and still pursue my degree, and I appreciate that.” 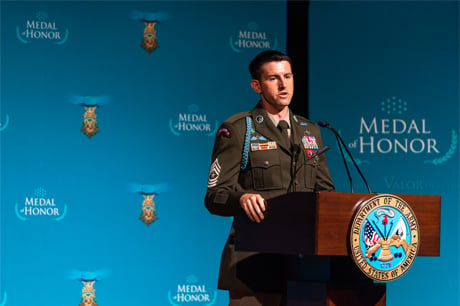 Payne’s service for the U.S. Army does not end with receipt of the Medal of Honor as he is dedicated to his service as a Soldier and Sergeant Major with the U.S. Special Operations Forces.

Sergeant Major Thomas P. Payne joins a legacy of eight other proud Norwich University graduates that have received the Medal of Honor.

Photography courtesy of the U.S. Army. The use of these photos does not constitute endorsement by the DoD or by any of the branches of the military whose photos are featured including, the U.S. Navy and the Department of the Navy, the U.S. Army, and the U.S. Air Force.