Honored for his extraordinary heroism in the line of duty for the U.S. Air Force, Staff Sergeant Alaxey Germanovich has achieved success as a Special Tactics combat controller with the 26th Special Tactics Squadron. Most notably, on December 10, 2020, Germanovich was awarded the Air Force Cross, for his service and teamwork while deployed in Nangarhar Province, Afghanistan, in support of Operation Freedom’s Sentinel. Germanovich, a Bachelor of Science in Strategic Studies and Defense Analysis student, chose an online program that provides him with the flexibility to continue his service and a applicable and rigorous curriculum that will enhance his career and potential advancement in the U.S. Air Force.

Gaining the Drive and Skills to Develop His Military Career

“Special Tactics sits in a unique spot among the Special Operations community. We have the opportunity to roughly define our own mission set and what we train for. Once you complete your training and you make it to a team, you obtain the self-drive, self-motivation, and desire to get better,” Germanovich reflected in a recent interview. “The will and desire to continue to progress and become better as an enterprise allows Special Tactics to be successful where we go.”

Designed specifically for U.S. Special Operations Forces, Norwich’s online Bachelor of Science in Strategic Studies and Defense Analysis program fits perfectly into Germanovich’s plan to grow in his current role in the U.S. Air Force. Germanovich sought a degree that could solidify the analytical skills needed in his unique career path, while providing him with opportunities for personal and professional growth for years to come.

“As a building block to wherever I decide to go in my life, getting a bachelor's degree is a huge benefit. This degree is pertinent and [has] helped me be more analytical at approaching different problem sets in what I am studying and problems I am presented as a leader,” Germanovich remarked.

In addition to leadership and analytical-decision making skills, Germanovich needs a program that allows him to take courses around his deployment and complete coursework in a logical timeframe for his demanding position. Faculty in Norwich’s strategic studies and defense analysis program are seasoned in understanding the flexibility needed for active-duty military students.

“All of the instructors have been super understanding and helpful,” Germanovich noted. “Typically, every time a new class starts, I will preface the entire class with my projected next few weeks [of work]. While deployed, I probably will not have service for a week or two, and the instructors and professors have been very helpful if I [have to] submit work late or early.”

Although he is looking forward to the changes in his personal and professional life within the next 20 years and how he can use his knowledge obtained from the strategic studies and defense analysis program to earn those changes, Germanovich continues to remain dedicated to his service as a Staff Sergeant with the U.S. Air Force.

“The next step for me is [taking on] the extremely unique opportunities I am afforded,” Germanovich said. “I do not know many jobs that you can get paid to do the things that I do. I get a chance to be the spearheads in our nation's defense.” 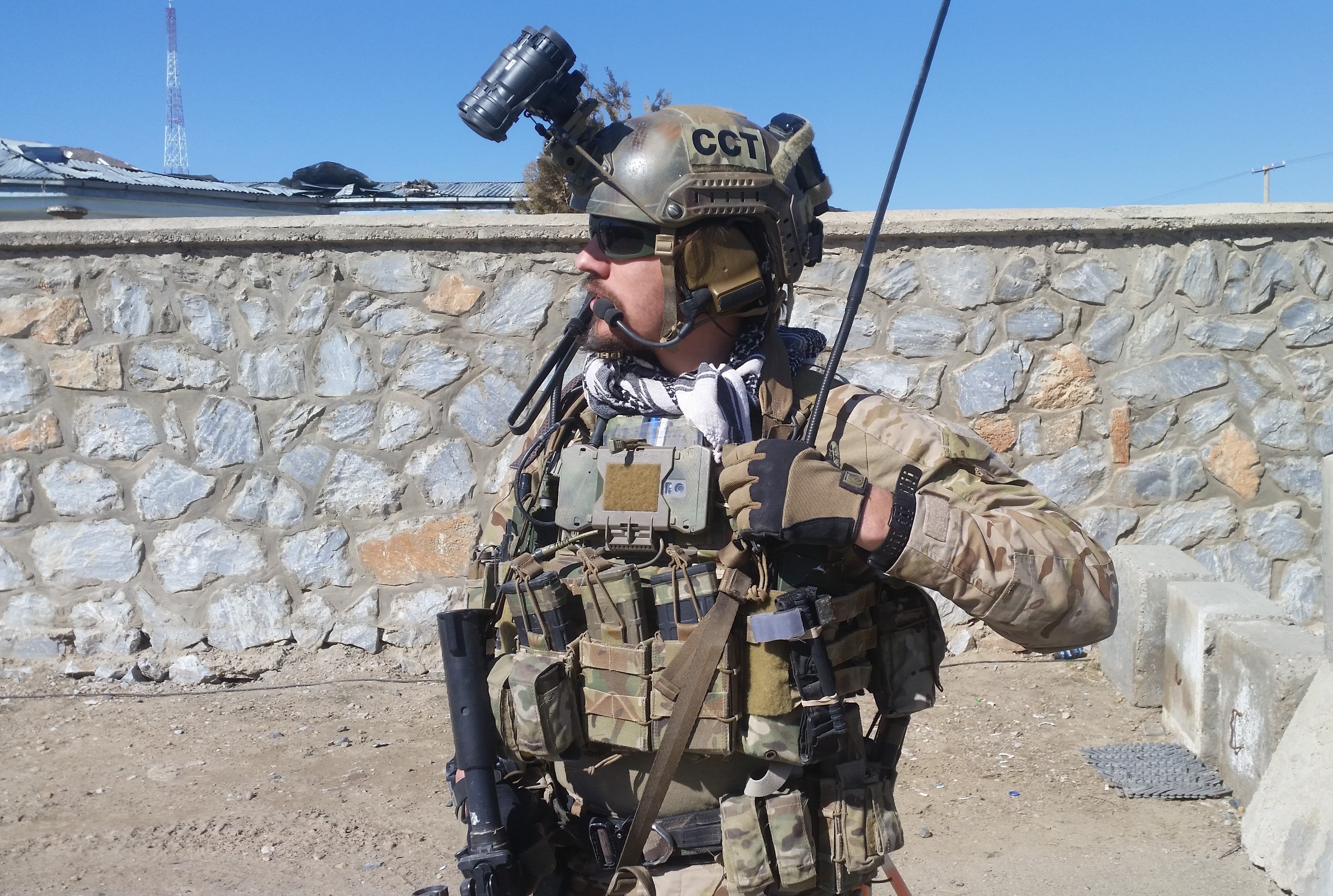 The prestigious Air Force Cross is the nation’s second-highest medal, given to members of the armed forces for showing gallantry during armed enemy combat. During an eight-hour close combat battle under exposed machine gun and sniper fire, Germanovich protected his teammates and friendly forces while directing airstrikes from a nearby gunship. Currently stationed at Cannon Air Force Base in New Mexico, Staff Sergeant Alaxey Germanovich is the 12th Special Tactics Airman to receive the Air Force Cross since the 9/11 attacks.