The 21st Century: What's Next for Education and the Workforce? 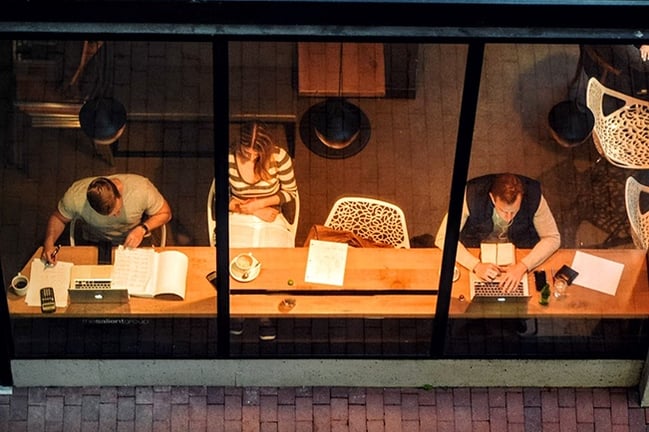 Much of my reading these days is focused on the transformation that is occurring in higher education and the role that higher education will play in the 21st century. A central purpose of higher education has been to prepare students at all phases of their lives to be productive and effective in their line of work. The benefits of education are many in that individuals may improve their lives, be more creative and produce the kinds of insights necessary to drive the economy. Additionally, employers benefit by creating greater value and enhancing the economic and social performance of their organizations with a capable and educated workforce. This has been an important theme that has made the U.S. a leader in the global economy over the past century, although some might suggest that the structure and output of the current higher education system is lagging behind 21st century needs.

I recently had the opportunity to explore these ideas in a Vermont Council on Higher Education meeting with Jamie Merisotis, CEO of the Lumina Foundation and author of a recent and thought provoking book: America Needs Talent; Attracting, Educating and Deploying the 21st Century Workforce (Rosettta Books, 2015). The Lumina Foundation has been a significant driver of higher education policy and recently published its 2017-2020 strategic plan to help foster change in the higher education system. Not surprisingly, the Lumina plan reflects ideas developed more fully by Merisotis in his book where more detail and background on the logic of several key areas for reform are outlined.

Many would agree with Merisotis’ contention that the present education system is not well-aligned with economic needs and as such is failing a large number of students as well as businesses that need a better educated workforce relative to the needs of the 21st century. A key observation of his work is that the economy has shifted to require more technical skills resulting in many jobs remaining unfilled, despite a growing number of college graduates. Additionally, Merisotis reviews trends that indicate many new jobs don’t require a college degree, although the degree remains a bedrock of future prosperity, supplemented by an ecosystem including more post-secondary credentials. Thus the genesis of the campaign to have 60 percent of the population ages 25-64 years hold a high quality, post-secondary credential by 2025. Not surprisingly, the Lumina Foundation is supporting significant work in the areas of competency-based education and the criteria/system for high quality credentialing.

The Vermont strategy to create a better alignment of the labor market to business sector and educational opportunity is the 70x2025VT effort, which you can read more about at the 70X2025.org website. Consistent with Lumina Foundation national goals and perhaps a bit more ambitious is the Vermont goal to have 70 percent of the adult working age Vermont population hold a post-secondary credential by 2025. Note the concept of a “post-secondary education ecology” of which higher education institutions are a part, but not the exclusive component.

The goal is ambitious and Merisotis identifies five key approaches in policy and practice to attract and produce the talent needed to carry the U.S. into the 21st century effectively. Included are:

If you are interested in the concept it is worth reading Merisotis’ book as well as the work developed by the Lumina Foundation.

I suppose it is now time to get back to work on our classes!

William “Bill” Clements, PhD, wears several hats at Norwich University. In addition to serving as Dean of the College of Graduate and Continuing Studies (CGCS), he is the College’s Vice President of Academic Affairs and a professor in the undergraduate criminal justice program. Prior to becoming Dean in 2005, he was the founding director of the Master of Justice Administration program and the executive director of the Vermont Center for Justice Research, an institutional research partner of Norwich University. Dean Clements began his Norwich career in 1987 as a criminal justice professor and was among the first Norwich professors to integrate online instruction and web-based resources into his teaching. In 1999, he piloted a mobile computing initiative with undergraduate criminal justice majors and was subsequently involved in developing the online graduate program model, which today serves several thousand students across several master’s degree programs and bachelor’s degree completion program, and a variety of certificate and enrichment programs.

Link Between Higher Education and Retail