The History of Distance Learning and Norwich’s Online Programs

As an over 200-year-old institution, there are many accomplishments for Norwich University to celebrate, most notably, the beginning of the American System of Education and the birthplace of the Reserve Officer Training Corps at Norwich University. 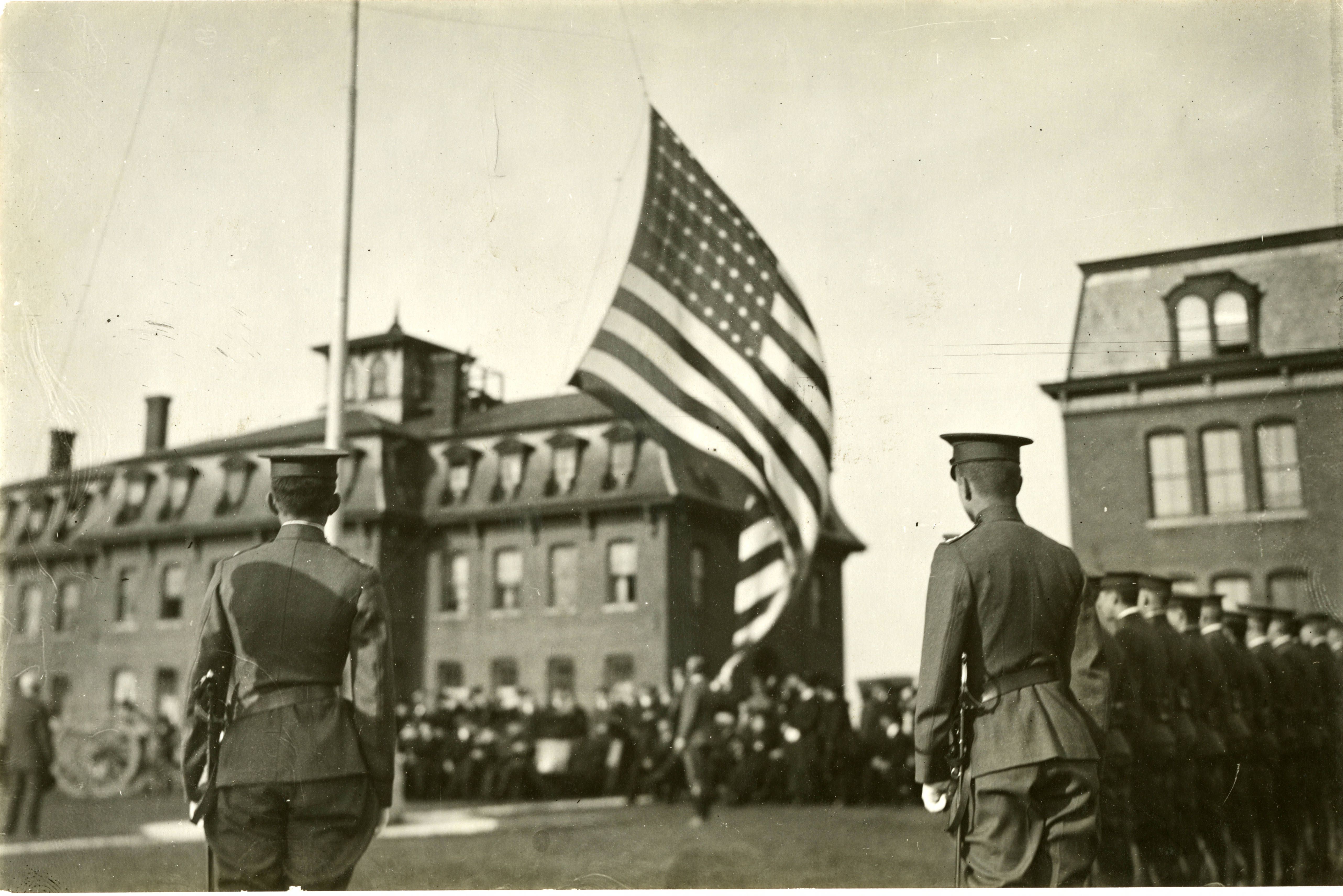 Established in 1997 with the launch of its first online master’s degree program in diplomacy and military science, the online arm of Norwich University, the College of Graduate and Continuing Studies (CGCS), observes over 20 years of accomplishments. The online delivery platform, Norwich University Online, extends Norwich’s unique academic model of thinking and doing to an audience of working adults and lifelong learners from around the world. Growing from a single degree program, today, CGCS offers 15 online master’s degree and nine bachelor’s degree completion programs, as well as graduate certificates and enrichment programs that enable motivated students to gain the knowledge and skills necessary to assume leadership positions in their fields and drive positive change in their communities.

To this day, the postal service remains the oldest delivery method for distance education dating back to 1728 when a correspondence course for shorthand was advertised in the Boston Gazette. By the late 19th century, vocational correspondence courses accounted for the bulk of the distance programs, but universities such as the University of London and Illinois Wesleyan University also offered distance learning degrees. By the 20th century, distance learning methods and materials were highly effective. Educators explored technologies such as telephone, radio and even motion pictures as instructional tools for distance education. With each jump in technological advancement, distance learning was simultaneously propelled into the future.

By the 1920s, distance learning was relatively popular, but there was a call for regulation and coursework based on recognizable standards. Organizations such as the National Home Study Council (NHSC) and the National University Extension Association were created to regulate programs.  In the years leading up to the Second World War, the U.S. military was among the first to appreciate the advantages of distance education. It commissioned hundreds of instructional and educational films for those in uniform. To speed up and standardize training, these films were distributed to bases and training camps, such as the one on the Norwich University campus; making the online master’s degrees Norwich’s second encounter with distance learning.

In 1999, the academic world was introduced to new educational tools that included Blackboard and eCollege; making it easier to stand up online courses. Slowly, one Norwich program became two, a master of business administration and then three and the original master of arts in diplomacy and military science morphed into a master of arts in diplomacy. Advancements in the online educational tools continued as competition in the online space increased. In 2001, the Moodle platform, Norwich’s current online classroom platform, was created. In 2003, a surprising 81% of colleges had at least one online class.

The Growth and Future of Online Programs

Ten years into the success of Norwich’s online programs, a drastic shift in online education occurred. In 2007, the first ever massive open online course (MOOC), Advanced Learning Interactive Systems Online (ALISON), was created. The idea that education no longer needed to be obtained strictly from a university campus or a full online degree program shifted the landscape of higher education. With the advancement of MOOCs, students could learn specific skills from subject matter experts in half the time for less than the cost of a degree. The next two years would see a massive increase in online learning as the number of students taking at least one online course reaches 5.5 million in 2009. 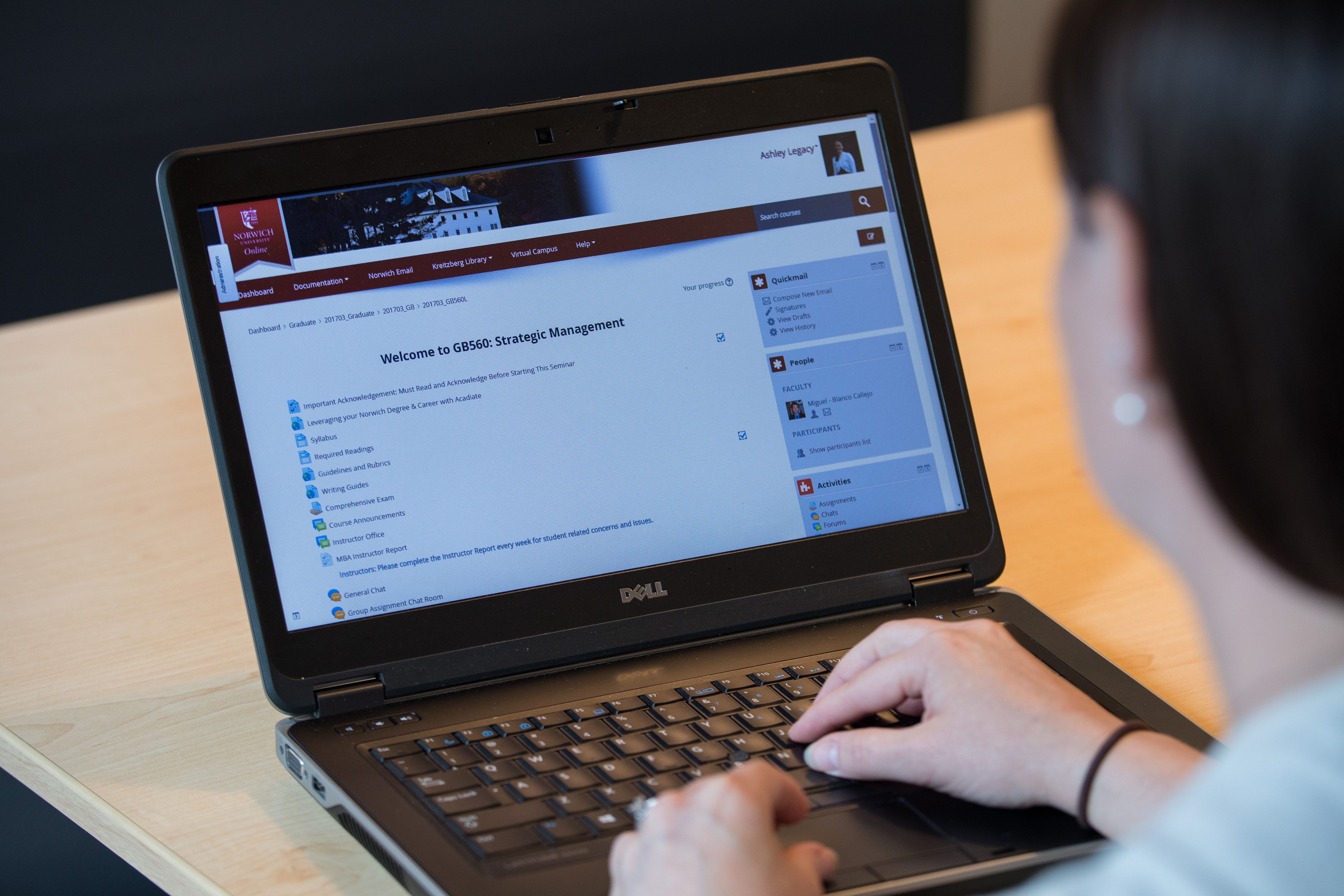 The online space continues to evolve in some very surprising ways as it challenges the traditional academic models of what a rich educational experience looks like. In 2014, 98% of public colleges and universities offered online programs and that number holds relatively steady today. Higher education itself has also experienced some shocking changes that have forced several universities to close. Norwich University and its online programs have weathered the storm, in large part due to the dedication of the staff and faculty and Norwich’s unique mission “to make moral, patriotic, efficient, and useful citizens, and to qualify them for all those high responsibilities resting upon a citizen of this free republic.” Following the mission, Norwich continues to grow in the online space not only through its bachelor’s and master’s programs, but through non-credit certificate programs. Currently, Norwich has 11 Norwich Pro continuing professional education certificate programs, as well as corporate training programs, designed to help the workforce.

The College of Graduate and Continuing Studies looks forward to its next 20 years as we all continue to serve our students and conceive of what might come next.