The Value of a Degree in Military History 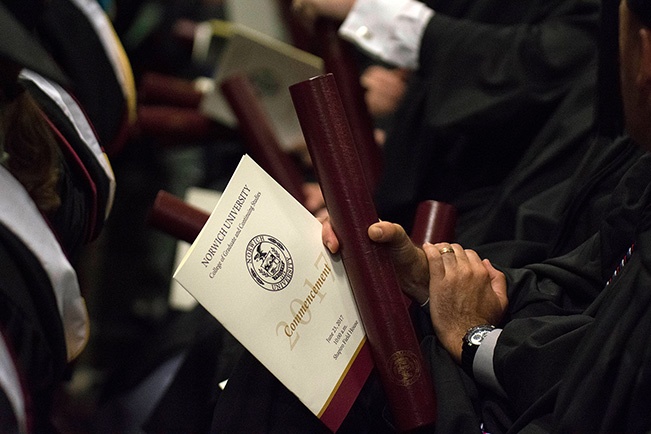 Going back as far as I can remember, military history has always been an area of extreme interest to me. Looking back, I ate, drank, breathed and lived anything that pertained to the military.

It came as no surprise to many that immediately after graduating high school, my first stop was the recruiter’s office. I started my career in the United States Marine Corps in Nederland, Texas in 1990, where I trained as a machine gunner. After a short stint with the Marines, I transitioned to the Coast Guard and received training as a Health Services Technician (Corpsman). I climbed the enlisted ratings over the next two-plus decades to reach the rating of Senior Chief, Chief Warrant Officer 2 (MED2) and eventually, Lieutenant. Between the Marine Corps and the U.S. Coast Guard, I have over 27 years of active duty service. The highlights of my career include my tours upon two Coast Guard cutters; two terms in Operation Iraqi Freedom; acting as the lead for Ebola screenings for international flights out of Dulles International Airport in October 2014; and most recently, serving as the head of all Coast Guard Medical and Work-Life services in Texas and Louisiana during and after Hurricane Harvey.

Like many, I started my post-secondary education rather late in life. As I approached the 20-year mark in my military career back in 2009, I quickly realized that if I were to retire, employment opportunities in my areas of interest may be bleak. Driven by a combination of this fear and my inner feeling of inadequacy for not having a degree, I decided to push forward with my education. While juggling my full-time active duty responsibilities, deployments, and the needs of my family, I completed one class per semester until I earned my associate’s degree in 2012, followed by my bachelor’s degree in 2014. Despite meeting my initial goal of completing a four-year degree, I still felt as if I had more to do. With some encouragement from my wife, I looked into various military history programs and chose Norwich University.

There are several reasons why I chose to apply to Norwich’s Master of Arts in Military History program. First, I found Norwich’s long history as a brick-and-mortar institution to be most appealing. These days, there are a plethora of online focused colleges, many of which have questionable credentials and reputations; the fact that Norwich has been around for almost 200 years and possesses a high level of name recognition and solid credential stability is a source of reassurance. Second, I find the school’s military-centered legacy—including recognition as the birthplace of ROTC, and a one-time peer of the Military Academy at West Point—to be a source of extreme pride. Finally, the fact that Norwich’s president, Dr. Richard Schneider, is a retired Coast Guard Rear Admiral sealed the deal for me; what better place could there be to learn military history?

Over the past couple of years, many people have asked me of my plans for my degree. My immediate goal is to remain in the Coast Guard until age 62, which is possible with my commission coming so late in my career. In the meanwhile, I am volunteering on several projects with the Coast Guard’s History Department and Coast Guard National Museum to develop a marketable portfolio of experience with which to begin a career in military history upon my eventual retirement. I’ve learned that a degree or specialty is as useful as one makes it. If I were to pass any sort of advice to those reading, I simply say focus upon what you really want out of life, and pursue it. Never let anyone diminish or redirect your dreams. Nothing worthwhile in life comes freely or easily. The journey may seem impossible in some parts, but with persistence you will make it. Walking the stage and accepting my diploma in May 2017 was among the very best days of my life. The prize is well worth it at the end.